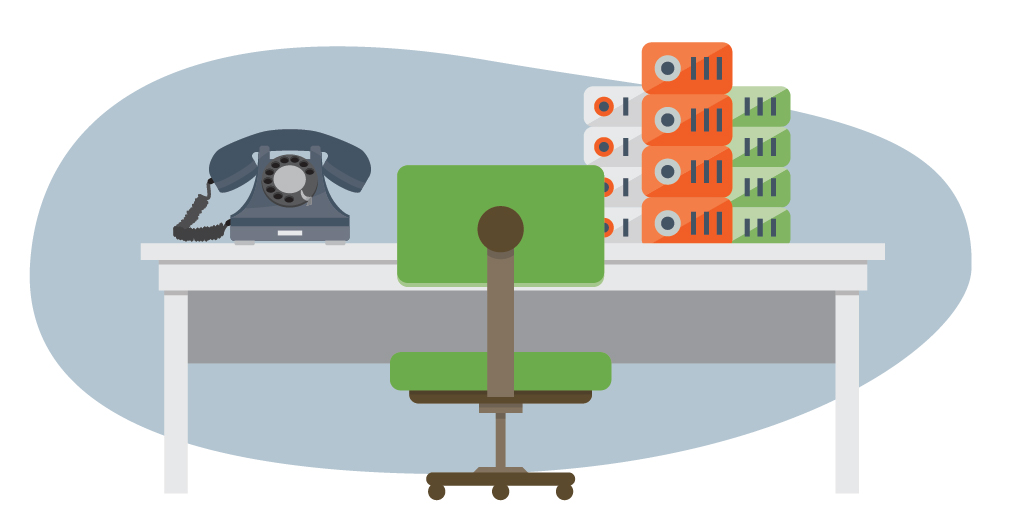 During the wild west days of cable pulling and plugging in old computers to utilize a free firewall, Patti Jones was a history and science teacher at Senath-Hornersville. She jokes that she became the tech director because she was the one who opened the box when the first equipment was delivered.

Do you remember those days? It’s been 30 years, but we bet there are a lot of you out there who are going to resonate with this post. The days when the network cable was coax (Tbase2), and you had to terminate the cable at both ends (think Christmas lights), and you were pulling it yourself to connect all the computers to your new network.

Charley Steinhaus started at MOREnet in 1995, during the years when K-12 schools and public libraries were first getting connected. He recalls it all fondly. "I remember we would offer networking classes and send them home with a router and a floppy disc." Steinhaus says, "Then we would help them connect it and troubleshoot by phone. Type this, do this, plug this in, try this… It was all very elementary in the beginning." Charley remembers at the time he would configure routers and ship them out, upwards of 30 a day because that is all UPS wanted to take.

Patti recalls their first server being as tall as she was and weighing about 200 pounds. "Our first firewall was hooked up to an old 386 computer running free Smoothwall. The Firewall was in my classroom on a shelf, in the closest, so I could keep an eye on it between teaching class."

It was one of those days in the late 90s when she was working on an issue with Charley on the phone. Patti recalls she was standing in the closest, on a chair no less, trying to reconnect the firewall when she felt a tremor.

She told Charley, "I think we are in the middle of the earthquake!" To which Charley’s response was, "Shouldn’t you get under a desk or something?" But then it was over before it even began and they finished working.

That’s just how things got done. Those days when we didn’t have wire racks and we would terminate a cable through the roof by just poking a hole in the drywall. And though some things have changed, we still consider every problem important enough that our customer service and consulting teams wouldn’t terminate the call, even through an earthquake!

Charley Steinhaus retires on June 2 of this year. If you have more stories to share with him or want to wish him well, email him at [email protected]. Likewise, if you want to share your story with MOREnet and the old wild west days of networking connectivity, email [email protected]. You might just end up in the next blog post.