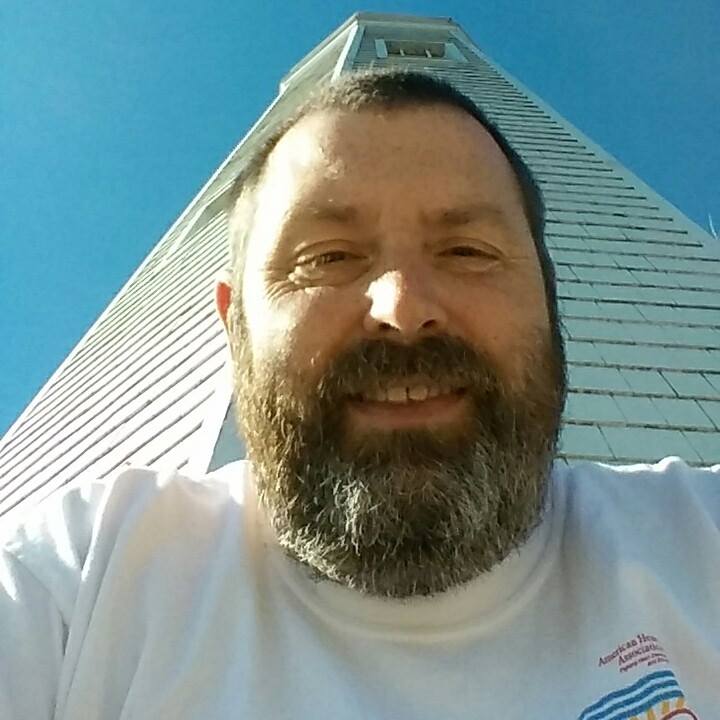 Richard Altheide is in telecommunications and network engineering at Missouri Science and Technology and was part of the planning process with MOREnet from the beginning. He sat around the table to brainstorm how we were going to connect the first 13 higher education sites to the network and later when we brought on the first K-12 sites. I sat down with Richard on Zoom just before he retires after 38 years on July 1, 2021, and we reflected on the last 30 years.

Richard starts, "I was a crazy 29-year-old jumping into the brand-new field of data network engineering and Internet services. Lots of hard work and blazing new trails went into building the fledgling research network back when MOREnet was MORNET. I rolled a car end-over-end returning from one of the design meetings in Columbia, which if held today would be done by video at my home in Rolla. We found ways to get service to all the public school districts in the state, starting with 56 Kbps circuits, high speed for the time, primarily using ground-breaking frame relay service rollout."

I asked him what he looked forward to the most when retiring, and his response was apropos. "Not having to do the constant learning I have had to do since I graduated from college. Learning has probably been the biggest thing with anybody that is involved with MOREnet, because it is a learning game. It’s always something new."

But how can you stop learning in an industry that is constantly growing? There is no time to be stagnate. And not only learning but teaching others. Richard has taught multiple classes at Missouri S&T, and he mentions how early on network consulting was born at MOREnet out of the necessity to help public schools use and deliver the service we provided them. "MOREnet was more than just bandwidth. From almost the beginning, they started offering services. Services that they use to this day."

Richard was also a frequent teacher at the MOREnet conferences. Attending almost every one (I think he only missed a year or two) and presenting more than he could count. He recalls the biggest thing he got out of conference was the networking and being able to see how other peers were doing things. They would all learn new things and take them back to try at their organizations.

"It was and probably still is the best way to disseminate an idea of how to do new things. Like a lot of things we do in education, one person has a creative idea and passes it along. It is an environment where you don’t have somebody develop something and it is a trade secret; it was the openness that was brought to conference to share."

So, I asked Richard what was his legacy and what was he most proud of that he developed and is leaving behind? He answers, "Our network has come full circle. It started out as an academic curiosity to become one of the absolute things we need. Now you can just plug and go like electricity. That’s my legacy. The (Missouri S&T) network is kind of my child."

What does he tell anyone that asks where will the Internet be 10 years from now? He tells them it is probably something we haven’t even thought of yet. And what about MOREnet, what would he like to see us doing in 10 years’ time? Two things he concludes, "Faster is always going to be a push. It will always have to go faster. And the delivery of information services--being able to leverage the buying power MOREnet has will always be a big deal, and we need to continue to do that to help the schools."

"We didn’t know what we were going to do with that (MOREnet) network. To actually be able to deliver the production level services that you do and still have the capabilities of the educational curiosity--learning new techniques to be able to educate the students and expand their educational horizons--that’s what this whole thing is about. I could have worked in a lot of places and made a lot more money than I did. But it has been important to me all along to be able to educate the people of the future, and that starts all the way down to the K-12 schools on up."

On behalf of MOREnet and all of Missouri’s schools, we are happy Richard decided early on to make this his legacy. He has made a difference and for that we are grateful.

If you would like to wish Richard well before he retires, drop him a note at [email protected].