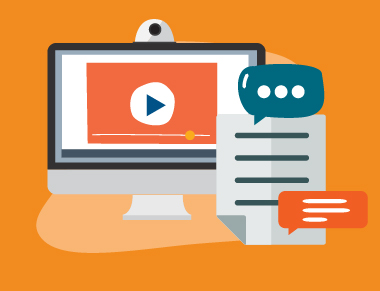 Acronym: a word (such as NATO, radar or laser) formed from the initial letter or letters of each of the successive parts or major parts of a compound term. An abbreviation (such as FBI) formed from initial letters is also known as an initialism (Merriam-Webster).

The technology world LOVES its acronyms. There is initialism in everything cyber. What the heck? Is it too difficult to just say the entire name of the device, system or application? Do we really need to shorten everything? Maybe it is an attempt to save space in a written document or logo. Or maybe the acronym came first, because it was cool, and then the formal name had to be fit into each letter.

Ever wonder what some of those acronyms and industry terms mean in cybersecurity and technology? Here are a few of the most used buzz words and abbreviations. See how many you can identify.

Personally, I don't care for initialism. Though I may know what it is, I may not know the formal name. But, after all, when you work at MOREnet (Missouri Research and Education Network), you better be familiar with industry-driven acronyms.

If you want to read more about over 2400 acronyms in cybersecurity and technology:
Cyber & Security Abbreviations